Recruiting Academics on an international scale

Established in 1989, the Business School at King’s College London has grown into a leading management institution that undertakes ground-breaking research to improve the way people do business. People from over 80 countries study there and the School has appeared in the top 10 for business and management studies three years in a row. Being in the heart of London, it’s an exciting prospect for academics looking for opportunities for collaboration, research and career development.
‍
When King’s Business School wanted to recruit to 23 academic roles, there were two clear objectives for our campaign:
• To generate brand awareness of and international recognition for King’s Business School
• To maximise enquiries and applications from relevant candidates across a broad range of business-related disciplines 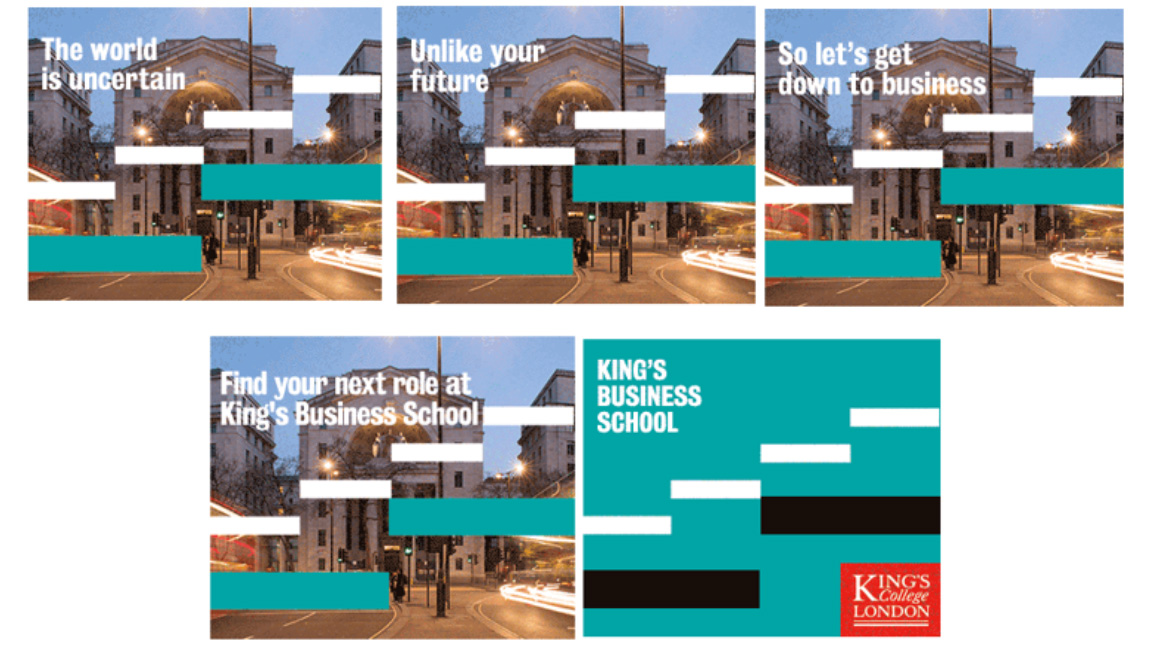 With a client budget of £15,000 and a requirement founded on targeting the right people, in the right place, at the right time, we developed a campaign founded on programmatic advertising to run from 1st February 2019 to 7th March 2019.

We set about reaching potential candidates based on their interest, experience and education in business studies. In addition to specific UK-wide and Irish locations, our strategy included targeting:
• People aged 21+ with a university or college education, using Google’s first party data
• Lecturers, professors and researchers using premium data segments supplied by the likes of Eyeota, Bluekai, and Exelate
• Locations in Europe and China to increase awareness and build international recognition

To increase awareness across a multitude of countries, a prospecting strategy using audience/data segments, editorial content and Google keywords was put in place that ensured wide reach into a passive audience not previously aware of the Business School in general or the role in particular.

With programmatic proven to be extremely effective at generating engagement from a more active audience, a retargeting element was also incorporated in the campaign. This allowed us to gently remind users who had visited the King’s Business School site but not applied for roles initially.

Throughout the campaign, optimisations were made in real time against industry benchmarks for click through rate. 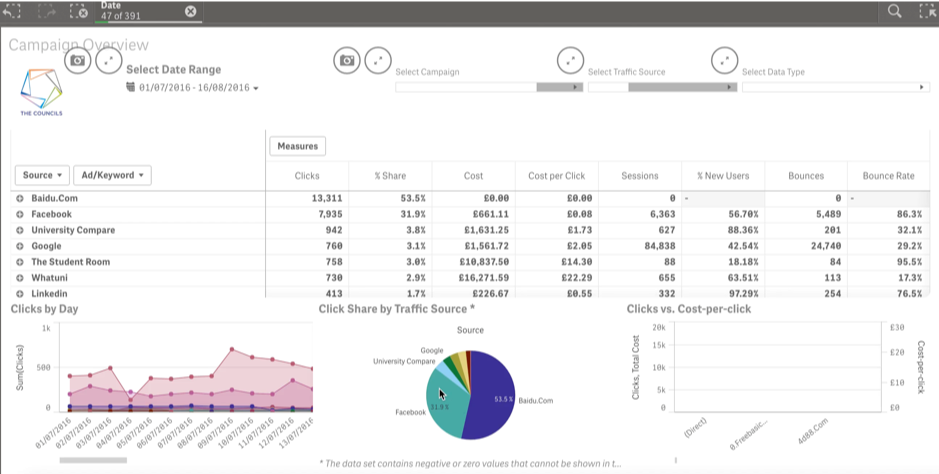 This campaign demonstrated the ability of programmatic advertising to deliver on an international scale. Indeed, it performed exponentially above the click through rate (CTR) benchmark for UK display advertising of 0.05%, achieving almost six million impressions, from which there were 11,345 clicks, giving a total CTR of 0.19% and a cost per click (CPC) of just £0.76.

At the time of writing, the campaign had led to 47 people being invited to interview and, from a total of 465 completed applications, 279 (60%) came directly from programmatic campaign elements.