Helping to level the playing field

The Scottish Index of Multiple Deprivation ranks each postcode in Scotland by factors such as levels of income, health, access to services, crime, employment and education, with the result that SIMD20 (sometimes referred to as SIMD1) lists the 20% most deprived postcodes in Scotland.

Robert Gordon University (RGU) does a great deal of work in engaging with potential students in these areas, encouraging those who may have grown up in deprivation and, therefore, with reduced opportunities to achieve their ambitions through higher education. The aim is to level the field and ensure all students have the same opportunities.

One of RGU’s support initiatives is to offer free accommodation to those from SIMD20 postcodes for their first year of study. With Clearing 2020 approaching, Penna’s task was to ensure students in the identified postcodes knew about the financial support on offer and, as many were likely be first generation university attendees, to target their parents too, demonstrating that, with support available, university needn’t be a financial burden. 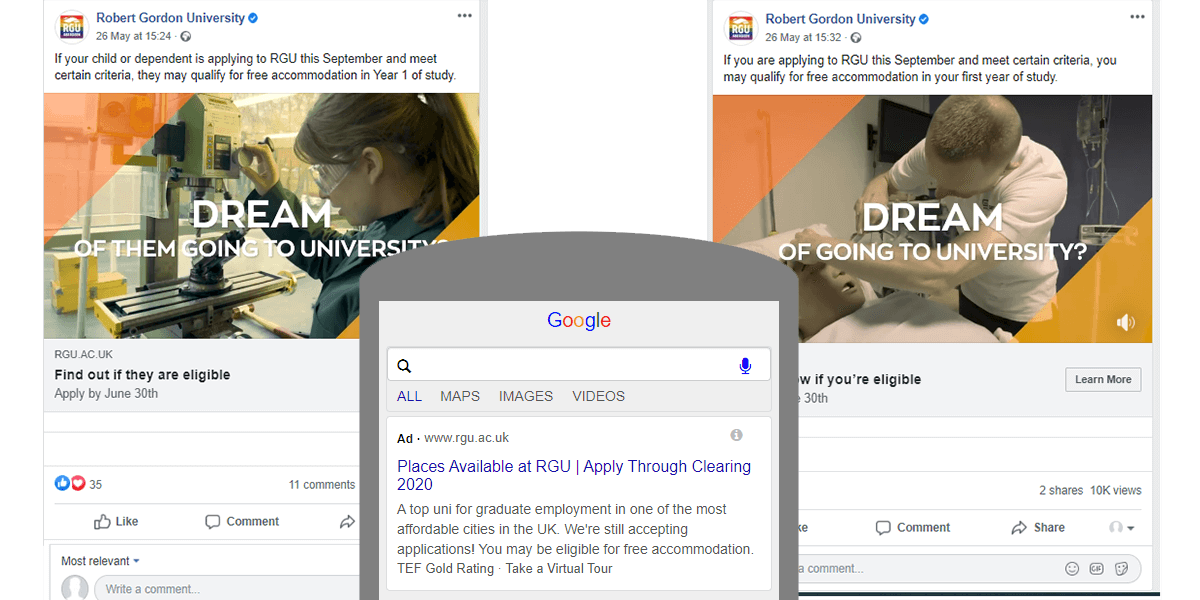 We built two campaigns to run in parallel – one targeting prospective students in general and the other prospective SIMD20 students and their parents – using postcode-level targeting on Facebook, Instagram and Google Search Ads to differentiate. The first campaign excluded SIMD20 postcodes, while for the latter we only used those postcodes, therefore ensuring target audiences received the message most relevant for them. In another layer of the campaign, we also purchased out-of-home advertising in SIMD20 locations.

With audiences carefully mapped, we next considered the messaging itself. While our main objective was to showcase available financial aid, at no point did we want people to feel ‘singled out.’

So our focus was on achieving dreams – your own or your child’s – by going to university with extra support from RGU. The concept was further enhanced by our client creating short-form video content that showcased the potential RGU students’ experience, which combines a sense of community with a beautiful campus and access to excellent facilities. 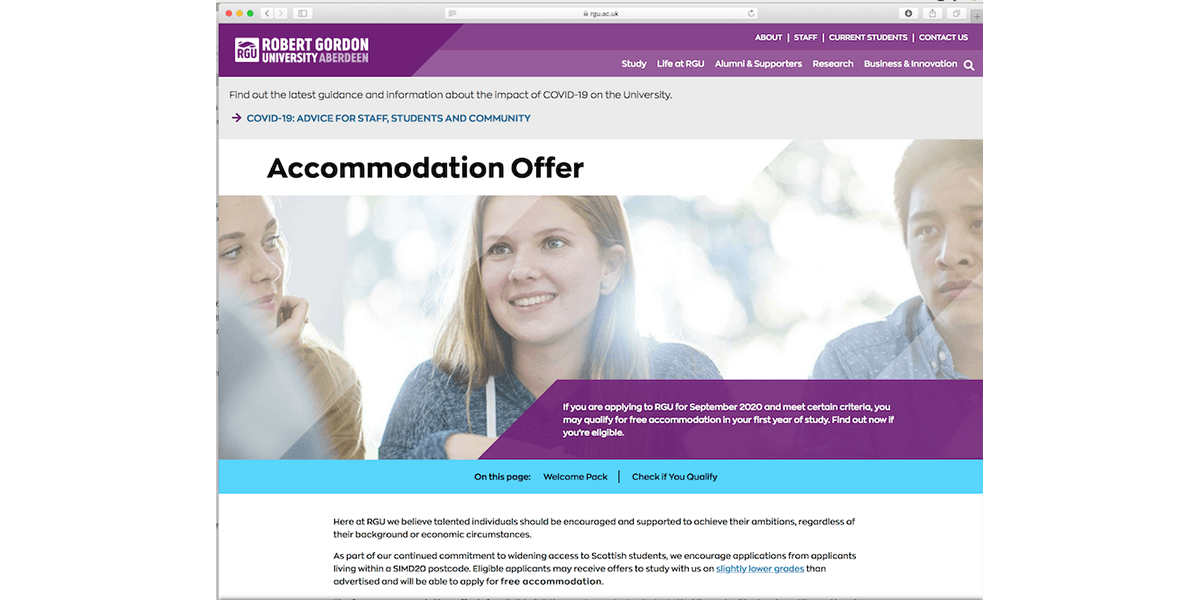 Based on seven days’ worth of data, following SQA Results Day on Tuesday, 4th August, this Clearing campaign not only achieved the primary objective, it received a lot of very positive comments on social media from both parents and students. At the time of writing, this is enhancing the campaign’s paid reach and making it truly ‘social’ by being shared amongst networks of family and friends.

Furthermore, despite the uproar on Results Day following discriminatory harsh marking by SQA, RGU was able to report: ‘…more MD20 unconditional firm places than this time last year and progress against the articulation target looks promising.’

Having reached 45,000 people in the SIMD20 regions digitally (25,000 parents and 20,000 students), this strategy will now be a permanent feature in all RGU student recruitment campaigns.